Letter from Italy in the time of Coronavirus 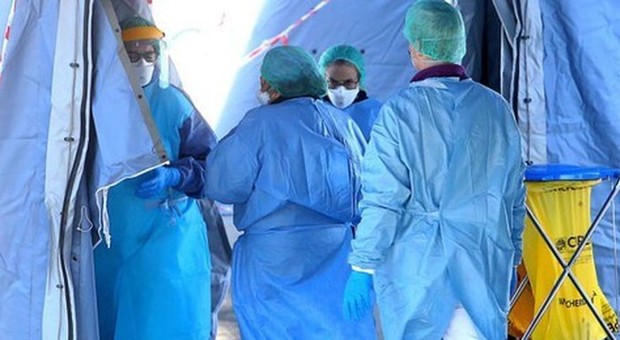 The spread of the coronavirus is a scenario never seen before. Though some governments are still underestimating the seriousness of the threat (the US in particular), the World Health Organisation (WHO) has now officially declared the COVID-19 a pandemic, and more governments are beginning to realise the extent of the threat posed.

Italy is now the second worst hit country after China, with over 10,000 confirmed cases and over 1,000 deaths and rising. As such Italy can be seen as a test-case for how the virus might affect other states in the Global North. The situation is evolving very quickly, creating much confusion, but we thought it would be useful to share some brief reflections on some aspects of this crisis: the state approach to the spreading of the virus; government measures; consequent social struggles; how we are organising in these circumstance.

COVID-19 is a new virus and experts have taken time to agree on how to approach it. This confusion, coupled with the speed and ease at which unverified information can be spread in today’s world, has meant that varying and often contradictory advice and analyses have abounded. Until one week ago, some prominent figures including politicians were defining it as a bad flu affecting only old people with pre-existing medical conditions. However, the seriousness of COVID-19 has now become clear to everyone in Italy. And it has brought the Italian national healthcare system to its knees. This is due to three main reasons: the virus spreads effectively and rapidly; when people get seriously sick they need weeks of ICU; the cuts and austerity measures of successive governments have eroded the capacity of a public healthcare system that could have otherwise coped far better. Though healthcare in some Northern regions is in many respects good by European standards, the fact that the system is managed at a regional level means there is huge internal disparity. So far, it has been recognised that the only effective tool to contain contagion is to limit contact among people. For this reason countries affected have decided to lock down certain areas or, in the case of Italy, the whole country.

The different responses to the virus in different states across the world will reflect the balance of social forces within that country. In the case of Italy, the government has taken some drastic measures, though much more could have been done earlier on and more should still be done. In particular it has sought to balance the contradiction between the growing threat to public health against the interests of capital, making for a confused response, too often prioritising the second and putting people at risk.

Italy’s approach to the crisis

On the 4th March Italy declared a shutdown in the Northern areas most affected, prohibiting all unnecessary travel. The details of the decree were leaked to the press before the government had a chance to make the official announcement, causing hundreds of people to flock to the train stations hoping to catch a train out of the red zones. Many people travelled across the country that night, blunting the effect of the security measures as the virus was potentially being brought to new regions.

On the 9th of March this decree was then extended to the whole country. All public gatherings were outlawed, bars forced to close at 6pm, all non-essential travel banned and anyone travelling must have with them a form detailing reasons. The closure of schools and universities was extended to the 3rd of April.

On the night of the 11th of March the government announced the closure of all non-essential business. Foodshops, pharmacies, post offices, newsagents, petrol stations remain open. However, in response to pressure from Confindustria (the Italian employers’ union), many productive activities are not included in this new decree. This means that factory workers, call centre workers, workers in the logistics sector are still being made to attend work.

This last decree has created a situation where people are banned from gathering or walking in public spaces (except in case of necessity) and are forced to stay home, yet a significant section of workers are still being crammed into factories producing non-essential goods or offering non-essential services.

There have been many reports of unsafe working conditions in warehouses and factories. On the 9th of March, workers in the FIAT factory in Pomigliano in Southern Italy went on wildcat strike in protest at the lack of security measures. Logistics workers in a Bartolini hub in Caorso in the North, and in a TNT warehouse in Caserta did the same. At the time of writing, reports of strike action are coming in every hour, affecting major production sites across the country (more details on this can be found in Italian here: https://poterealpopolo.org/coronavirus-sciopero-ovunque/). The largest rank-and-file union USB has called a 32 hour strike of all non-essential sectors, and the major confederated unions are due to meet with the prime minister.

Another flash point has been Italy’s prisons. The Italian prison system has long been in crisis. Outdated facilities and serious overcrowding mean that Italy’s prisons are in a perpetual violation of current regulations. In these conditions, the government restrictions (a ban on visits, a limit on calls to families and work permits until 31st May, among others) triggered revolts in prisons across the country. Thirteen people have died during these revolts in circumstances that are still unclear. There have been reports of a guard testing positive in Vicenza, and families have reported the fear of inmates who have limited access to information and advice. If ‘the degree of civilization in a society can be judged by entering its prisons’ (Dostoevsky), Italy is not faring well.

The government is now due to announce a package of economic measures. It is said this may include breaks from mortgage repayments or utility bills and extensions of government redundancy payments, but it is yet to be seen if there will be any help for the self-employed, workers on zero-hour contracts or in the informal sector. The government has put aside 25 billion euros extraordinary measures in response to the coronavirus, but with Italy’s economy on the brink of collapse, it is difficult to imagine such a sum can make a significant difference. The EU had been showing some signs of flexibility in its approach, yet on 12th March the ECB drew back from providing more support, sending Italian bond yields soaring. The global economy is headed towards major recession, and Italy will be harder hit than most.

Coronavirus and mutual-aid, what can we do to support each other?

When crisis hits an unequal society it is always the vulnerable who suffer most: the elderly, workers, migrants, women, people with pre-existing medical conditions. As Potere al Popolo we are trying to find ways to break through the isolation and establish relations of mutual support and solidarity among communities.

In many cities we set up a system of mutual aid for people needing support with daily chores, things like shopping for basic necessities (in safe conditions).

We have also created a national hotline to provide legal advice to workers affected by the crisis. The hotline went live only a couple of days ago but already we have received more than 70 calls from workers who are being forced to work in unsafe conditions, who have been dismissed, or who work in the informal sector and as such risk being left out of the government’s crisis support plans. With the information collected from these calls we are able to plan what action to take as an organisation and formulate demands on employers and the government. All calls to the hotline are taken first by a small group of volunteer legal professionals, then callers’ details are passed on to volunteers in their locality for follow-up support.

So far, we have identified three key areas for intervention. The first is the logistics sector. We have been in touch with Amazon warehouse workers who have told us that they are working more than usual due to increased demand (people ordering from home rather than going out to the shops) and in conditions that don’t adhere to the prescribed safety measures. The second is call centres. Companies managing call centres have been reluctant to allow workers to work from home due to increased costs associated with acquiring the necessary technology, so workers are continuing to work in cramped offices. In both cases we have instructed lawyers to send a formal warning to the employers in question demanding that security measures be implemented and that all workers be exempt from overtime.

Aside from these specific cases, which are examples of concrete action that can be taken, we are calling on the government to guarantee the salaries of everyone affected, including the self-employed, people working without a legal contract, gig workers. We are asking that anyone who has lost work be granted unemployment benefits, that anyone unable to pay bills, rent or mortgage payments be granted an amnesty.

We are also demanding that all non-necessary production activities be stopped (with workers on full paid leave).

Finally, we are demanding that the state make massive investments in the health service, recruit more healthcare workers on permanent contracts and bring the production of drugs and health equipment under public control. We are asking that the government reverse austerity and that the EU fiscal compact be lifted. Italy is now facing a serious economic crisis. Only a complete paradigm change, with huge government investment in the economy, in public services and job creation, will save us from the worst effects of this disaster.

Our response to the crisis has thus been threefold: organising within our communities to meet immediate needs; supporting workers struggles on the ground (also with legal advice); formulating wider political demands to make on the state. We believe that the only way out of this disaster is to build our capacity for collective action and coordination. Therefore, to progressive organisations observing the events in Italy from afar, we advise you to start organising, to leverage demands to protect the safety and security of your communities.