COVID-19: the Italian labour movement’s struggle to institute social distance between the needs of capital and people’s health. 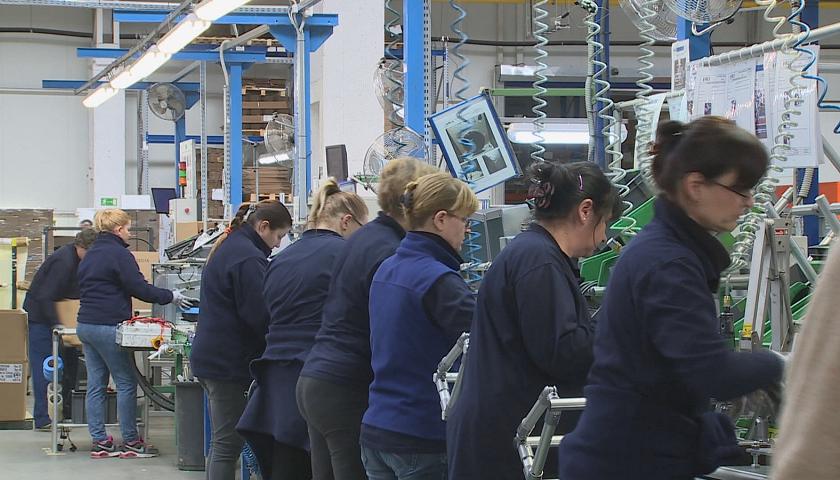 This article was first published at: http://column.global-labour-university.org/2020/03/covid-19-labour-movement-struggles-to.html

The spread of COVID-19, recognised as pandemic by the World Health Organisation, is taking the form of a global crisis whose scope is, so far, beyond calculation. The emergence of the virus has already affected the lives of millions of people and the number of infections is rising globally. It seems only a matter of time before the virus spreads exponentially in countries where the basic tools of protection – such as decent shelter, running water and food security – are a luxury for the majority of the population. Nonetheless, even in some of the wealthiest countries with public national health care systems and substantial economic resources, governments are struggling to curb the pace of the contagion.

Italy has been one of the worst affected countries in the world at the time of writing, with more than 50 000 positive cases and 4825 deaths on March 21. This situation occurred very rapidly. At the beginning of March, once hospital ICUs in the northern regions started to get overcrowded – also due to decades of neoliberal budget cuts – the threat of the virus became indisputable and the Italian government decided to institute urgent measures to inhibit the infection across the country. After attempting to isolate the hotbeds of the contagion on the March 5th with the declaration of ‘red zones’ (the Lombardy region and 14 other provinces), on March 9 the government extended a state of emergency to the entire country. On March 11, public spaces, services, educational institutions and the majority of the retail sector (except food stores, pharmacies and a few others) were shut down. The public sphere of people’s life was also shut down.

The emergency measures were informed by the acknowledgment that today – without a vaccine and a cure – the only effective tool to contain the virus’s spread is to limit contact among people. Thus, since the institution of the state of emergency, everyone is forced to be at home, while roadblocks and police patrols control whether the few people in the streets are out for proven necessities or not. The situation is reminiscent of curfews in war zones.

Despite these measures, the number of infections and deaths have not been decreasing yet, puzzling commentators. Some newspapers have pointed the finger to some aspects of Italian culture. The presence of selfish and undisciplined people who fail to be socially responsible is presently considered one of the main reasons for the relentless spreading of the virus. It is undebatable that there are sections of the population who are not following the most socially responsible guidelines; nonetheless, despite the decades of inflated neoliberal ideology – promoting the primacy of individual needs over societal ones – that may have trained people for very selfish and cynical behaviours, blaming amateur runners or young people who trespass public spaces, does not sound scientifically satisfactory.

The rapid emergence of substantial social struggles across the country has provided an additional explanation. During these quarantine days, a plenitude of workers’ protests and wildcat strikes have been occurring. Their appearance conveys a clear message, obvious though understated by the national debate: the virus has also been spreading because millions of people at risk of losing their incomes had to wake up every morning, take public transport and work in crowded warehouses, factories and offices.

Worker mobilisations brought to the surface one of the main contradictions of the emergency measures taken by the Italian government. The whole of public life was forced to a halt as in a situation of war, but most non-essential productive activities had to continue. In the face of the growing awareness about the virus’s threat and the government’s significant restrictions on public life, workers have been refusing to accept business as usual. They rejected the primacy of capital’s needs over their own and the health of their loved ones with all the political tools at their disposal: spontaneous and organised strikes, work stoppages, legal complaints, and also collective sick leave.

In only a few days, the list of workplaces affected by workers’ mobilisation became extensive, across regions and industrial sectors: Amazon in Castel San Giovanni, Arcelor Mittal in Taranto, Ast in Terni, Corneliani in Mantova, Electrolux in Susegana, Fiat-Chrysler in Pomigliano, Fincantieri in Porto Marghera, Piaggio di Pontendera, and Whirpool in Cassinetta, to mention just a few.

The main detonator of workers’ mobilisation was the absence of minimum protective equipment and safety standards. Workers have been demonstrating against the absence of the necessary physical distance between work stations; unavoidable assembling in common areas such as corridors, changing rooms and assembly lines; inadequate personal protective equipment; and sporadic or totally absent processes of sanitation. Since day one, it was clear to workers that workplaces and labour processes should have undertaken major restructuring before it was even possible to think about resuming activities without posing a risk to public health.

The upsurge of mobilisation that produced temporary stoppages of production in major factories (Arcelor Mittal, Fiat-Crysler, Fincantieri, Maserati, Yamaha, Ducati among others) urged three trade union federations – the Italian General Confederation of Labour (CGIL), the Italian Confederation of Workers’ Unions (CISL) and the Italian Labour Union (UIL) – to sign a joint protocol with government and employers on March 14. The agreement put in place regulatory measures for the containment of the spread of COVID-19 in workplaces and focuses on minimum standards to allow for productive activities to continue. The agreement was criticised by grassroots unions and movements for being overly concessive and for legitimising the functioning of non-essential production. One week after the signed protocol, the numbers of infected – and in some cases, deceased – continued to increase as well as the number of strikes and work stoppages.

The increasingly grim developments and the persistent protests against the reluctance of companies to follow the safety protocols pressured the government to revise its approach. On March 21, Prime Minister Giuseppe Conte announced the decision to ‘close down through the entire national territory any productive activity that is not strictly necessary, crucial, indispensable to guarantee the provision of essential goods and services’ at a press conference. Despite the delay, this decision represents an essential step towards the war against the virus’s spread. Nonetheless, sections of organised labour are not lowering their defences; they are rather focusing the struggle now on the meaning of ‘essential production’. At the time of writing, a written document is not available yet and it is still unclear how the government’s decision will be implemented, but rumours are circulating regarding the long list of operative workplaces, including all call centres[1]. If it is confirmed, the scope and the effectiveness of the measure will be significantly reduced. In the meanwhile, the trade union federation USB (Unione Sindacale di Base) proclaimed a national 24-hour general strike for the March 25, and many unions, such as in the logistic sector, have decided to maintain a high level of mobilisation.

Times of crisis have the capacity to stress the fundamental contradictions of our society more than ever. The images of military vans transporting the bodies of Covid-19 victims out of the city of Bergamo – one of the most industrialised areas of the country – combined with the increasing number of casualties, could represent a serious blow to anyone who wants to keep non-essential production and services functioning. The space for campaigns like #Bergamoisrunning, a video from the Italian employers’ federation, Confindustria (Prima Bergamo, 2020), that underestimate the effects of the virus on industrial activities, which aimed to reassure the commercial partners of Bergamo’s companies, is no longer there.

The next few days will be critical for the war against COVID-19 and to contain the number of deaths. The pressure from Confindustria to maintain production at all costs has demonstrated its blindness towards wider societal needs. Public health is currently being defended by all those workers who are risking their lives running the health sector and ensuring the functioning of food stores and pharmacies in extreme conditions, and by the organised mobilisation of workers across the country who, once again, have fought for the primacy of life over profit.

The spread of the virus is not only a medical crisis, but also a political and social struggle. The government’s economic measures have not taken into consideration the vital needs of workers in the informal sector, carers, migrant workers and anyone unable to access labour rights and social safety nets. This epochal crisis represents a crucial time for labour and social movements to reject the proposals of capital-driven institutions, and to build alternatives that place the needs of people and the environment before profit.

Prima Bergamo (2020) ‘A positive message from Confindustria to all foreign customers’ (in Italian), Prima Bergamo, 29 February 2020. Available at

[1] Call centres have been experiencing several cases of contagion. Comrada in Marcianise for instance, with 800 employees, had a positive case few days ago, and was harshly criticised by trade unions for not restructuring work processes.