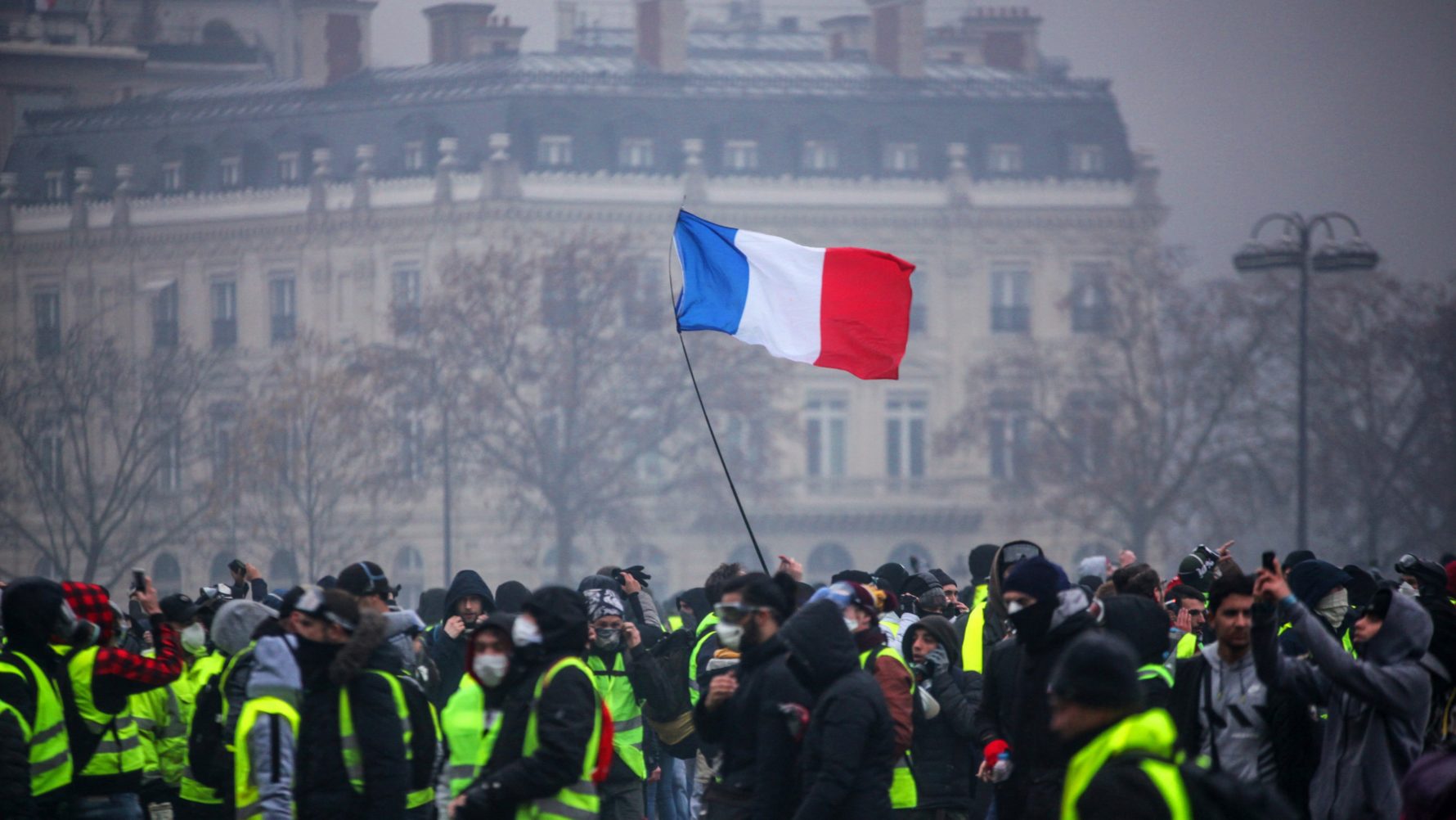 The next few days will be crucial for the gilets jaunes (yellow vests), the French protest movement who have been taking to the streets in opposition to President Macron’s policies – namely increasing fuel prices and the high cost of living. The protesters find themselves at a crossroads. Will the movement continue to grow? Or will it capitulate in the face of the government’s persistent intimidation and false concessions? The answer remains to be seen. For now, however, the gilets jaunes seem quite determined to keep up the fight.

Last Saturday was a decisive day for the movement. After three weeks of roadblocks on intersections and roundabouts, “snail operations” to slow traffic, direct action to defy motorway tolls, pickets of petrol stations, shopping malls, ports and logistics hubs, and huge mobilisations in Paris and other large cities every weekend, the movement demonstrated sizeable strength as 135,000 people took to the streets for a fourth day of protests.

Despite threats from the government that protesters would be met with harsh repression, and despite the government’s tentative announcement that the raise in petrol taxes would be scrapped, Saturday’s “Act IV” of mobilisation confirmed that the yellow vests’ demands are greater than the simple question of fuel prices. By now they have expanded to become far more radical – this is a movement for social and economic justice, against a system that punishes the poor and favours the rich, pushing the issue of inequality to the forefront of French politics.

The movement also now includes university and high school students protesting about the introduction of an elitist system of selection in universities and the increase in tuition fees for foreign students. Over the past week, hundreds of schools and university buildings have been occupied. Union members in the public sector, including ambulance drivers and firemen, have also joined the mobilisation, as well as high-profile anti-racist organisations such as Verite pour Adama, which was set up following the death in 2016 of 24-year-old Adama Traore in police custody and campaigns on the issue of police brutality.

On Saturday thousands of protesters also took to the streets for a “climate march”, despite the government’s attempts to get the organisers to cancel the demonstration by insisting that there can be no climate justice without social justice – thus expressing their support for the yellow vests’ movement. Several trade unions have called for strikes and demonstrations in the coming days.The movement now cuts across broad sections of society, across professions and geography as well as race, age and gender. The brutal repression against the movement – many people were injured Saturday and over 2,000 people were arrested; the shocking images of high-school students forced to their knees by the police have spread far and wide on social media – is only prompting demonstrations and actions of solidarity across France and beyond.

On Monday, Macron made a much-awaited speech to the nation purporting to meet some of the gilets jaunes demands: raising the minimum wage by €100 per month as of January and abolishing tax on low-income pensions and overtime work. In reality, the concessions count for nothing. The minimum wage rise only anticipates increases already scheduled over the remainder of Macron’s government. Moreover, the burden of paying for these measures will fall solely on the working taxpayer; as Macron specified that employers will not pay a cent more. Most importantly, Macron has refused to reply to calls to bring back the solidarity wealth tax he abolished when he took office, explicitly stating that it was necessary to encourage entrepreneurship. In other words, he is not changing course.

His speech was received coldly by the yellow vests. First, because they demand much more radical fiscal reforms: the wealth tax, but also the introduction of a radically progressive tax system and a maximum salary for the richest – including for government officials and MPs.